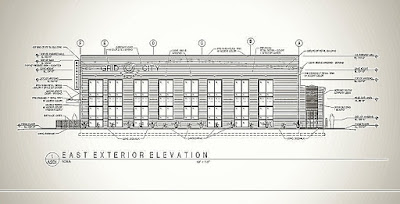 It's time for another brewery update and it looks like 2019 is shaping up to be another fantastic beer year. We'll start with the breweries that are closer to opening. All of the information provided is a best guess; due to the ever changing situations municipalities and bureaucracies can impose on a well intended brewery's schedule.

Level Crossing Brewing Co.: Though the taproom and other amenities are still being busily worked on, the brew house is pumping out beer as we speak. You'll begin seeing Level Crossing's suds in bars and restaurants in the coming days. Stay close for locations and beers styles.

UTOG (Utah Ogden) Brewing Co.: Ogden's newest beer spot is very close to completion and is looking at a late March launch. If you've seen the images coming out of UTOG's social media you know that this will become a major player in Ogden.

Strap Tank Brewing Co. (Lehi):  Next time you're in the Lehi area, near the Traverse Mountain Outlet Mall; take a look at a lone hill (to the north) that overlooks the Timpanogos Highway and you'll see a big, brand new - retro looking factory building. This is Strap Tank's new Lehi brewery. Taking cues from their Springville brewery, Lehi will feature it's own brew house, brewer and unique beers. Probably looking at third or fourth quarter opening.

Zion Brewing Co. (St. George): Zion Brewing recently received a condition use permit to convert the now vacant Fire Station 2 located at 150 n. Main Street in St. George into a new brewery. The 15 bbl brewhouse will take up one of the engine bays along with a packaging line. The station's second floor will be converted into a full service pub. Looks like a bad ass site for a brewpub!

Bewilder Brewing Co.: This new Salt Lake City brewery is in the renovation phase and and is looking towards a third or fourth quarter opening. Look for a 10 bbl brew house that's perfect for rotating small batches.

Ogden River Brewing Co.: Bit by bit their brewhouse is beginning to arrive in Ogden. Construction on the brewery's Ogden River location is expected to begin in the next months or so. I've seen the architectural drawings on Ogden River, it looks to take full advantage of their river location with lots of outdoor seating and river views.

Emigration Brewing Co.: This new brewery is located next to Ruth's Dinner, up Emigration Canyon. It occupies one of the old restaurants (Santa Fe, I believe?) No word yet on their status, but they have received a conditional use permit by the DABC.

Helper Brewing Co.: Yes, Helper, Utah may be getting a new brewery. Helper Brewing would be the first brewery to open up in Carbon County, since Pinnacle Brewing (Groggs) mothballed it's brew house over 15 years ago. Owners are seeking approval for a downtown location. More info to come as they navigate the bureaucracy.

Mine Shaft Brewing Co.: After many years of working with Summit County, Mine Shaft has decided to pull out of Utah and work towards creating their new brewery in Santa Clarita, Ca. A representative from Mine Shaft told me that they just couldn't find common ground with Summit County in regards to the brewery's concept. Best of luck in SoCal!

In reality you could likely see up to five of these breweries open up in 2019. If last year is any indication, more craft beer spots will likely hit our radar before we finish this year. Stay close for more brewery and beer news and thanks for sticking with the Utah Beer Blog.

Image found at slc.gov
Posted by Mikey at 5:48 AM