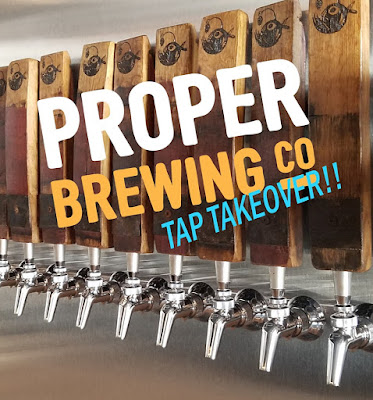 In an act of craft beer based altruism, Saltfire Brewing Company will be teaming up with local breweries to serve up draft beers at their South Salt Lake City brewery. As many of you know, Saltfire brews exclusively high point beer (above 4.0%) - which means that they have no draft handles in their brewhouse's pub.

Beginning this Friday, June 28th. you're going to start seeing beers from Proper Brewing Co. at Salfire in a tap takeover format that will happen for an undermined amount of time. These tap takeovers will periodically feature different beers from various local brewers over the next few months. In between the special tap takeovers you'll be able to find various guest taps with beers that the Salfire crew deem "complimentary" to their current bottle section. The first tap takeover will run from 6-10pm.

What a great idea! It's stuff like this that helps to solidify a strong, local craft beer community.