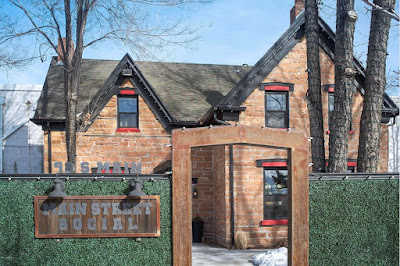 Main St. Social, one of Heber Utah's preeminent craft beer spots is looking to educate Wasatch County's beer drinkers on the some of the best of what Utah's breweries have to offer. This summer Main St. Social has developed a beer garden on their outdoor patio, based on the concept of revolving tap takeovers. Every two weeks the Heber pub is partnering with a Utah brewery and will exclusively feature their beer both on draft as well as their high point offerings. Currently Main St. Social has eight breweries in the rotation and a few of those are even creating brewery exclusives for their beer garden.

Representatives from each brewery will be available at each brewery's opening night (Thursdays).  offering insights into the beers and what inspired them.


Main St. Social is offering 4oz tasters of all draft beers (in addition to standard pints) and trying to feature a few exotic beers you won't typically see in Heber (like Lake Effect, the tasty Proper gose).
Each "tap take over" will run for two weekends and be open Thursday - Saturday 5pm until 9pm and Sunday from 11am to 2pm during their brunch service. Park City Brewery's tap takeover is currently happening with many of their current offering on draft and in cans.
Main St. Social's goal is to highlight Utah's craft beer scene while exposing people in their community to experience beers outside their comfort zone.

If you're in the neighborhood check out this great venue and the opportunity to expand you beer horizons. Cheers!
Posted by Mikey at 5:58 AM