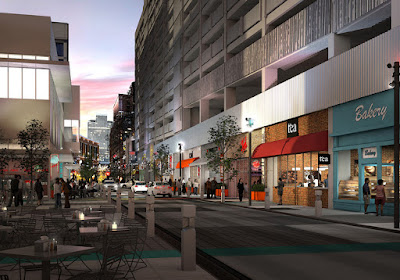 This Saturday The Utah Brewers Guild will be hosting a unique beer festival in the heart of downtown Salt Lake City. There are a few things that make this beer festival unique: It's put on by the breweries to support brewery causes; such as independent beer festivals, beer gatherings and pro Utah beer causes. 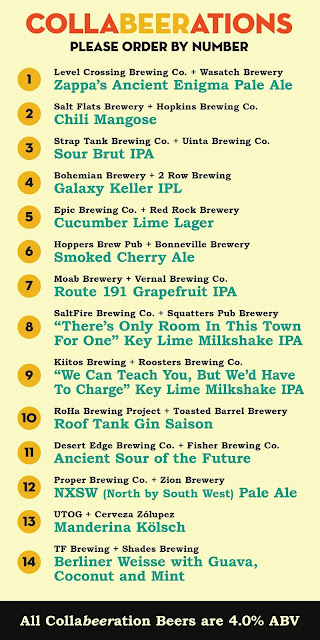 Also, it's one of the first brew fests to take advantage of downtown SLC's urban settings by utilizing the seclusion and charm of the city's Regent Street.

Finally, this is a collaboration beer festival. All of the participating breweries have teamed up with one and other to make a special beer that will only be available at the festival. A part from the collaboration beers you will also have the opportunity to try other high and low point beers from the local attendees.

There are two ticket tiers:
VIP Admission includes a swag bag and early access to the event’s exclusive brews before the kegs kick! VIP is from 1-6 pm.
General Admission is from 2-6pm.

Each ticket includes 12, 3oz. tasters and can be purchased here. Feel free to purchase mor etickets if you feel that not enough.

It looks like there will be two Key Lime Milkshake IPAs going head to head. Which will prevail as the festival favorite? Keep track and let your opinion be known!

Food trucks and live music will also be on site.

McCarthey Plaza is on Regent Street (the alley parallel to State and and Main Streets, behind the Eccles theater in downtown Salt Lake City).

To the right is a list of the breweries and their collaboration beers. Hope to see you there.