Big Brother is Nigh 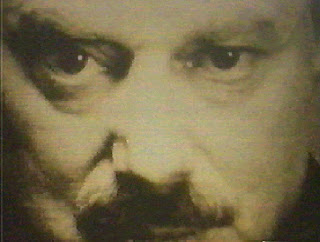 One step forward, two steps back. That's how you dance the Utah shuffle. Last November, Governor Huntsman announced that his office was drafting legislation to do away with private clubs. And as I stated in that post you never gain ground in Utah as far as liquor laws are concerned. We just make concessions. Well here's a glimpse into a possible future for Utahans.
In exchange for getting rid of private clubs, some conservative legislators want even stricter liquor laws in return. In addition to hiding liquor at restaurants, another new idea is now being "talked" about at the Capitol. The idea is to put ID scanners in all Utah bars so underage drinkers can't get in. Makes sense...right? But there's a catch. Some of these scanners not only check ID's, but they can also collect information on you to store in a database. In other words, the state of Utah could keep permanent records of who goes into what bars, when and how often. That's right, George Orwell's Big Brother will have his eyes upon you. I can't conceive that this could be legal to do, but this is Utah. Anything is possible. Find out who your repesentative is and keep your eyes on this one.
Posted by Mikey at 5:39 AM

Wow! Now this is some insanity for sure. Thanks for the report. Lets just hope that reason overcomes the blowhards.

Oh, christ. Hopefully, this will be one of those propositions that gets no support in the legislature, other than a couple of fringe wack-jobs. It's bad enough that my credit union knows what bars i go to and how often ;)

Its funny, they sure don't like us to drink, but they love our tax dollars...

Man, this is worse than I thought. The proposal could include providing details to police officers about people who had just left a bar. So a cop could run your license plate and see how many times and when you have been to a bar. A police man, who for moral reasons, may oppose drinking for example.