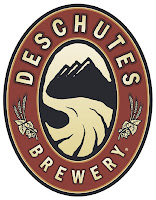 Good News! One of the northwest's finest breweries will be sending their suds to Utah in '09. Deschutes Brewery makes some of the most flavorful beers in the northwest, including Black Butte Porter, Quail Springs IPA and "The Abyss" a tasty & highly sought-after Imperial Stout.

Deschutes opened it's doors in 1988 in Bend, Oregon and has become one of the more established craft brewers in the United States.
Right now the nearest place I know of to buy Deschutes is Franklin, Idaho. Not a brutal drive, but it'd be nice to have 'em in the neighborhood. No word yet on exactly when they'll be in the market, but look for them in the state stores.
Posted by Mikey at 5:30 AM

Dude, this is great news. The Abyss in Utah...yes please. Obsidian Stout, Mirror Pond, any of these. Great news, thanks for the heads up.

This is huge. My last job had me traveling through the Pacific Northwest and I drank several times my body weight in Mirror Pond.

It's kind of off-topic to this post, but the NYTimes had an article on Utah beer a few days ago:

Mikey, some guy on BA just said that the beer will be in Utah in May! Honestly, if the Abyss shows up here I might faint. I'd buy 100$ worth easy. Finger crossed.