New Brewery in the SLC 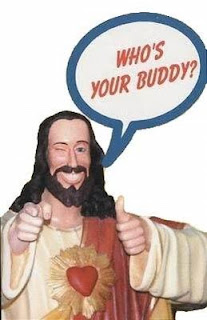 Who's your buddy?... Who's your pal?... That's right, Mikey's got your back. I've got some more happy beer news to keep you beer-geeking for another day.

Todays tidbit? Well, it looks like there's a new brewery destined to set up shop in Salt Lake. Epic Brewing will be the first Utah brewery since prohibition began to only brew and sell beer that contains more than 4.0% abv. Definatly a unique concept for a Utah brewery.

The People behind Epic are reportedly beer geeks with sizable backing looking to test Utah's apatite for big beers.

This new brewery will reportedly do no signature labels. All the beers produced will be seasonals or will have limited availability. I don't know how that will work, but I guess we'll see.

It's apparently a pretty hot gig. Brewers from all over the U.S. Have been applying for it. It'd be nice if a local guy could land it.

No info yet on when production will begin or where the brewery will be located. But a years time is not out of the question.

What do you think. Will Utah's beer drinkers be able to sustain a brewery such as this? Will you be willing to drive to the brewery or liquor store to get these beers vs. Hitting your local Qwik-E-Mart for some quick 4.0% suds?
Or is it too much too soon?
Cheers!

If they make really good beer, they will be successful. However, I'd need to see their plans, are we talking a brewpub here? I'm actually confused a bit about the need to buy food with high abv beer at a place like RR or Squatters, is this law going away? In July anyone will be able to just walk into the Bayou and buy a 'regular' beer, so what about brewpubs? This is pertinent for their plan. Utah can definitely hold more breweries with a growing population. Hell I'll drink them all myself if I have to:)

As I understand it, this will not be a brewpub. It will be a full-on brewery, with a tasting room/store. I'm sure that they'll get the class 5 packaging licence to allow ease of beverage enjoyment.

An interesting model for Utah. I like the idea of making unique and good beer without regard for ABV. Awesome news.

I hope they have open arm's just like all the other breweries in Utah do! I am concerned about a new brewery that thinks 4% beers have little charter...