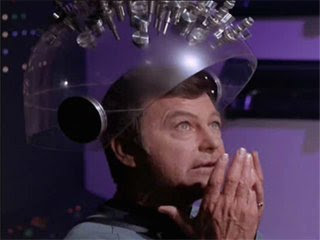 We need your help! Jamie Burnham from the Beer Nut called the other day to tell me that they're putting together Utah's first Home Brew competition. Yea!

The competition is tentatively scheduled for August 1st, but we'll get into the specifics after the details have been hammered out. But for now what we need is a good name for this annual event.

So I'm putting out the call to every smart-ass, savant, egg-head and nut-job to submit some names for the competition.

There is no prize as far as I know, just the satisfaction of knowing that your brain cells are good for something else other than working on that perfect ass-groove for your mother basement couch.

Just put the name and the name you want to be credited with in the comments section.

Also, I had my first Deschutes beer bought in Utah last night. Go and get 'em! Cheers!

Which store did you find the Deschutes?

Nice. I'll be looking for the Mirror Pond PA today (now, where are all the people who said that Deschutes would never come here).

Andy, I cheated and bought mine at the warehouse. But the guy there said they were already in stores and bars. Check the store on Foothill.

Just a note to the organizers...I don't know if this matters to anybody else, but August 1st coincides with the last week of summer semester for U students. Maybe that doesn't effect enough people to matter that much, but it cramps me. I'm gonna teach myself how to brew and then win this thing...

How do you buy beer at the warehouse? I drove over there one afternoon, and just saw the bar/club area, and was told that you must be representing an establishment like that in order to buy there. I went over to the actual warehouse building, and talked to a couple guys smoking outside of it, who said you can't buy products there, only in the stores.

There is a small door on the right side when you pull in where all the beer (and liquor) is kept. They have a register and will sell you beer. But you cannot look around, you have to know what you want. I've done it plenty of times.

Why not call it...Beervolution. We fought the great tyrant and won. Viva la Beervolution

Oh I second "Mischief in the Mountains" great title..
Geoff

The "Oh My Heck This is Great Beer" Homebrewing Competition.

My first thought was "Homebrewin' Heathen Hoedown" but I do like Beervolution quite a bit too.

any more info on this available?

No not yet. But if your going to enter you'd better start getting your recipe together.

True Dat, Mikey, but I am just wondering if my BGS that is on long ferment and a week away from start of bottle conditioning on brett will be good in time...

Gregclimbs, I have no info yet on those details. I'll try and find out.

I too am liking "Mischief in the Mountains". That'd get my vote.

How about "Beer & Pie Day". Someone else can bring the pie. Would be better if it were closer to July 24th.

Keep up the good work.

Mrs. Mikey would like to enter "This is Finally the Place" Homebrew Competition. Cheers!

How about " The Flying Carp Open" ?

Behind the Times Homebrew Competition