You're Going to be Paying More for Your Beer 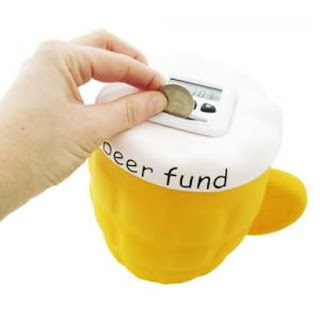 On April 10, 2012, The UDABC commission voted to approve a measure that more than doubles the “handling fee” from $0.42 to $0.90 per case on everything delivered by the state’s warehouse.

This means all breweries that make higher alcohol beer will likely be raising their prices effective July 1, 2012. According to the DABC, a “handling fee” is a nominal fee charged on everything it processes.

The increase will likely affect the prices at the individual brewery's cold cases, the DABC state liquor stores and the price that licensees pay for the beer.

Just so you know, if you notice a price increase it's on the state level and not on the part of the breweries.

On a lighter note, Utah's "liquor gestapo" unofficially headed by General...er...Senator John Valentine of Orem, is bending to pressure from businesses to free up more liquor licenses for restaurants. More on this after it officially passes.
Posted by Mikey at 7:03 AM

One has to ponder why the Governor included the extra licenses in a special congressional session when local bars can't get liquor licenses.

Could it possibly be that our elected officials, deeply invested in land and land development, may *need* these new restaurant licenses in order to move their *own* business forward, with no thought whatsoever to the constituency they were elected to *serve*?

Nah, that would never happen. ;)
There would be no surprises if we actually got to follow the money on this one - funny that the DABC wants customers to pay for the agency's mismanagement. Maybe the shitheads who put the thieves in power should cough up something from their own packets rather than assuming it's okay for me to do it instead.

We want our movement to be associated with professionalism and good grammar.

Damn, I hate it when I do that.

Strange how a handling fee is being assesed to beer sold at the brewery's package 5 stores where the state doesn't 'handle' it! GLU