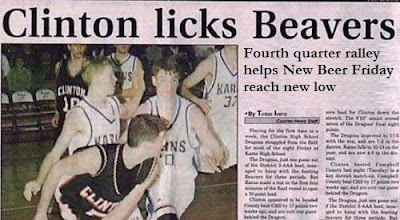 I only one man damn it! There are so many damn beers this week and so little time. There are quite a few wet hop ale and a couple of beers from Iron Fist Brewing have finally arrived. Please enjoy!

Uinta Wet Hop Cutthroat - A much more piney version of Cutthroat with
a bit of bitter citrus peel. 4.0% ABV @Uinta and where Uinta has seasonal taps

Desert Edge Put Away Wet - A Cascadian Brown Lager, brown in color without a lot of darker malt flavor and a nice hop finish. Unfiltered.  Radius is also back on as as well. 4.0% ABV @ Desert Edge

Squatters Hop Down Under - Session IPA with Southern Hemisphere Hops. Not tried this yet. 4.0% ABV @ Squatters

Tennent's Whiskey Oak Aged - The nose is skunk as hell. The taste is much more malty with some scotch whiskey notes. 6.0% ABV @DABC