The Return of Fisher Brewing 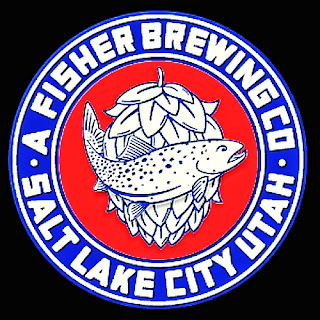 In the early 1870s a man named Albert Fisher immigrated from Germany to the United States and eventually settled in Salt Lake City. Albert was a brewer by trade and he quick put his skill set to work shortly after arriving in Utah.

In 1884, Albert Fisher purchased 15 acres of land on 200 South on the east bank of the Jordan River (1206 West) where he established the A. Fisher Brewing Company.

The A. Fisher Brewing Company quickly became the largest brewery in Utah and in 1893 he constructed a grand residence (which still stands) adjacent to the brewery along the banks of the Jordan River.

132 years later four men - one of which is one of Albert Fisher's descendant is resurrecting Utah's most historically successful brewery. Tom Riemondy (Fisher descendant), Steven Brown, Colby Frazier and Tim Dwyer have secured the rights to the name and imagery associated with the old brewery are busily transforming their new brewery located in Salt Lake's Granary District into Utah's first legacy brewery.

Fisher's flagship beer will be akin to the beers of that era. Fisher's Classic American Pilsner will always be on tap and will be accompanied by 13 other beer taps that will showcase four main beers with 10 rotating seasonal beers—all dialing in at 4% ABV - with higher ABV beers down the road.

The image above is the historic logo that appeared on Fisher's bottle caps though out most of the breweries run and will appear in much of their new branding.

I recently wrote a more detailed story about the new Fisher Brewery in SLUG Magazine's Beer Issue. Please feel free to check it out.

Yay! I've been to the Fisher Mansion at a party SLC had to present it for restoration and they had a recreation of a (the?) Fisher beer at the event. And, one of these guys is a neighbor of mine and I'm super excited to see what they create.

Hey Mikey. I actually have an old huge beer bottle of Fishers Beer. It is an ad bottle, about 2.5 feet tall and made of glass. I'd like to donate it as a piece of history to the Brewery. Would you happen to know who to get in contact with regarding this?

James, that is a really cool thing to do. I am very interested in all these new/old breweries popping up here in SLC.

Yo James, we would love to check out that bottle. Shoot me an email when you get a chance, colby@fisherbeer.com.

Unknown said...
This comment has been removed by the author.
10:37 AM