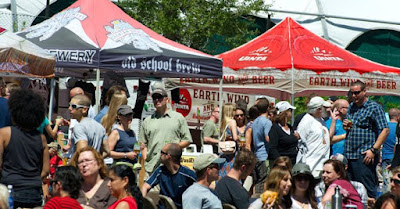 Now, some of you may notice that Ska Brewing Company is on that list. Ska's beer has never been in the Utah Market before except for the Epic/Ska Collaboration beer called Skeptic. I'm waiting to hear back from Ska to verify their entry into the market. I'll let you know when they let me know. Hope to see you at the Fest.