Two New Breweries on the Horizon 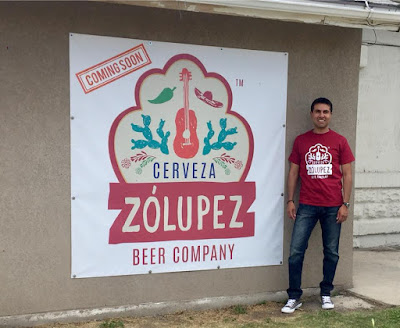 Just when you thought the pack was at capacity, I bring word of two new players in the craft beer world that are vying for your hard earned beer dollars.

The first brewery is another addition to Ogden's beer scene. Cerveza Zólupez Beer Company will be a small batch craft brewery: Dedicated to Mexican-style artisan cervezas. Very small handmade batches will be the focus with limited beer selection and pequeño inventory. The brewery is owned by Javier Chavez Jr. an Ogden resident and attorney. His beer recipes will be influenced by the beer and food heritage de México. Javier beers will be using ingredients traditionally found in Mexican culture. Cerveza Zólupez's construction is  underway and received it's alcohol manufacturing license from the DABC yesterday. Javier plans to open Cerveza Zólupez later this year. Felicidades, Javier!

The other brewery was tracked down by Utah beer lover and photographer DJ Benway. DJ found a brewery called Emigration Brewing Company. By all appearances it appears to be appropriately located in Emigration Canyon and looks to be located at the old Santa Fe Restaurant - located next Ruth's Diner. Their website suggests that the owners may already be active in Utah's hospitality/restaurant industry and has some financial backing.

As I get more info on Emigration and Cerveza Zólupez I'll be sure to pass it on.