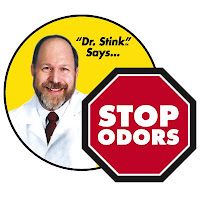 Utah could be getting another brew pub soon! A new start-up brewery/brew pub is so far meeting little controversy. The brewery, which is just in the planning stages right now (Cache Valley Brewing) would potentially open up downtown next year.

Remember this is Utah. Even though we are making huge strides in the legalization of adulthood around the state. All thing alcohol will stir controversy. So, what's the stink? Odors. An individual raised a concern about the possibility of the brewery emitting odors that could "stink up" the downtown area and it actually saw some discussion during a city meeting.


Really.... offensive odors?.... in a restaurant! Do you seriously think anyone would invest in an endeavor knowing that it's signature menu option would emit questionable odors, while people are eating? Well at least it's original. I was expecting the whole, "it will turn our five year olds into raging alcoholics" shit. Well let's hope hope this project gets off the ground. Our friends in Cache County could use some craft beers close to home. Cheers!
Posted by Mikey at 7:03 AM

Talk about "grasping for straws"... Are they worried about something interfering with the consistent "aroma" of dairy farming in Cache County?

Wow. Lets hope this goes through. Logan would be a perfect place for a new brewery. I'll be a customer for sure. I'm still waiting for a brewpub in Provo.

You got to be kidding me!!! Fans in jackson Hole to spead the aroma around the town!!! Are these people really running our goverment?

Hope to see you there!!

Yes!!!!Hook a brother up. I want some of your beer. Also, how about making Utah's first Imperial Stout. Good luck, and us beer lovers will do our work (which involves drinking beer of course).

I live in Logan and I think this is FANTASTIC! One question: I've can't seem to get a straight answer on the alcohol content of beer brewed in UT. Do brewpubs have to hold to the 3.2% law, or will we be able to have some real beer?

Hey Sandrita, it all depending on the type of licence they get. They will most likely be able to brew beer over 4.0% as long as it's in bottles. A new type of license was created a just a few months ago to allow this. Cheers!

The new brew pub will be going in where Blackstone is (well, was...they closed on Saturday). It is the same company that owns the brewery in Moab and the one in Park City.

So will it be another Moab/Park City place or another beast altogether?

Yeah, I hope they will have all original brews.

Do they have a location yet?

Yes & no. They have location in mind, but no signed deal as of yet.

Would really like to see this come to Logan. You have my support!