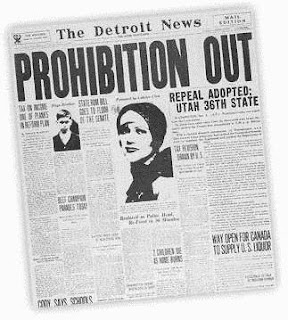 Today American consumers of legal drinking age have access to nearly 13,000 labels of beer from small regional microbrews to the largest multinational labels. I'd say we've rebounded quite well. Cheers!
Posted by Mikey at 9:41 AM

Anonymous said...
This comment has been removed by a blog administrator.
1:02 PM

That's not why I'm commenting, though. I accepted a meme tag so I didn't break my blogging streak and I'm obligated to tag others for accepting thing. If you're interested, check out my post and follow the instructions.