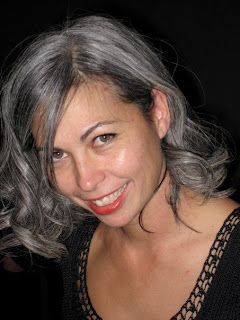 About a decade ago I decided that this craft beer thing that was happening around the country "had me written all over it" and I need to emerge myself in the almost nonexistent beer culture that existed in SLC at the time. I frequented all the Brewpubs of course but I needed a broader view; eventually I found the Bayou. A great beer selection with a cozy atmosphere and the staff didn't suck.

That's where I became reacquainted Erika Palmer. I was aware of Erika from places like Port o' Call, The Zephyr and Uinta Brewing but had never really gotten to know her. From my time at the Bayou we became fast friends. She indulged my thirst and I became the greatest pain in the ass she ever encountered.

Soon this "Beer Witch" got into my head and started providing me with beers I didn't know I wanted - before I knew I wanted them. If I got a little crazy and ordered a Fizzy yellow beer, she'd give me that stern look one gives a puppy that's just shit the carpet to set me straight. 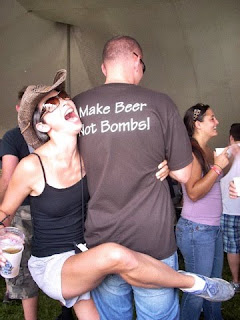 After a few years, with Mrs. Mikey's permission. We named Erika our sister wife and were to be joined together in the celestial beer garden forever. But all good things must come to an end.

Erika is leaving the Bayou for great things and we wish her the best. If you know Erika and would like to wish her well, her last day tending bar at the Bayou will be July 8th, but we'll be celebrating her all week starting today.

I personally would like to say it's about Goddamn time. Get out of my head, witch! Take your "magic beer juju" and cast your spells on some-other poor, unsuspecting beer nerd and give me a chance to buy you a beer for a change.

Erika rules. Good luck wherever you are going.

She'll still be around. She is going into liquor sales and by law cannot work for both a wholesaler (them) and a retailer (us).

We are sure going to miss her. I've dreaded her leaving for years. Her kids on the other hand will be super happy to have dinner with Mom on a more regular basis.

Oh wow! I can't believe she's leaving. Have fun no matter what you do out there Erika.

If any Utah Beer Blog folk are in the house tonight I'm sitting behind the laptop just east of the bar. Come grab me and let my buy you a beer.

Thanks for the info, Mike. We'll surely miss her at the Bayou! Best wishes to you Ms. Palmer...

I looked for you Kent, must have missed you..... Again!