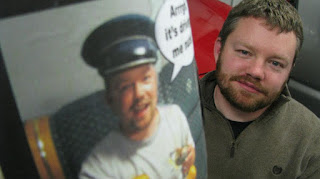 Please thank avid beer lover Douglas for todays, New Beer Friday. For he selfishly did the the legwork on the following beers.... By the way. When I say "legwork", I mean he walked his ass across the street to the liquor store, bought some and called me. So... Thanks, Dougie!

Deschutes Abyss '11: One of my favorite Imperial Stouts. I haven't had the 2011 yet, but I have had the 2009. The nose is of vanilla, dark fruits, prune, chocolate and licorice. The taste stars with notes of bourbon, oak and vanilla. Roasted malts, dark fruits, dark chocolate, and molasses round out the end. Extremely layered and complex, exceptionally well-balanced. Its quite a treat!

Pyramid's Discord Dark IPA: Pours black like a porter but the nose is all IPA. Citrus and piney hops with roasted malt and coffee. The flavor starts with a fair dose of roasted malt, caramel, toffee, and chocolate. Grapefruit and pine come next to round it out. The finish is tangy with peachy citrus that carries through to the finish. The best Pyramid beer to come along in quite some time.

While I have your attention there are some new beers coming soon to a liquor store near you... Maybe. This is the DABC we're talking about. 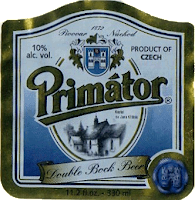 PRIMATORE - MAIBOCK, DOPPLEBOCK & DARK LAGER: These beers hail from the Náchod brewery, one of the oldest in the Czech Republic.

CORONA FAMILIAR: This is apparently a repackaged version of Corona Extra.

GUINNESS BLACK LAGER: I understand it's a basic black lager. Nothing like the tradition Guinness that your used to.

As always, if you come across any of these let the rest of us know what store you found them at.

sounding good douglas!! sandy has a ton of guinness black!!

Had some of the black lager last night. An interesting schwartz. Very clean with some nice roast. Doesn't stand up to Kulmbacher for me but a very approachable black beer for non-dark beer folks.

they have that corona at the 3rd west wine store

I've heard good things about the 2011 Abyss, can't wait to crack one. The 2007 Abyss is still among the best things I've ever had.

Which DABC has the Pyramid Discord IPA?

I've seen the Corona at the Foothill DABC.

I just ordered some of the discord from the 3rd east wine store. It is the pyramid seasonal. So come to the Bayou for one. He He
None of the stores have the primators in their system.

Sorry Mike, Jacque is the "unknown"

I got the discord at 3rd east.

Purchased the Discord today at the 7200 South & 1700 East(?) store. Was hidden under some winter seasonal. They had the Corona and Guiness Black too.