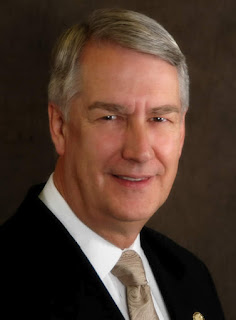 In a legislative interim meeting yesterday commercial developers testified that the state’s acute license shortage will cause existing permits to be priced artificially high — pushing small business and entrepreneurs out of the mix. It’s simple economics, when there is no supply [of licenses] but a great demand, costs will increase significantly.


Sen. John Valentine, R-Orem, who sponsored SB314, which allowed licenses to be sold on the open market, said the intent was to make it easy for restaurants to sell all assets when they closed. He acknowledged the need for him to bring back proposals to the committee to free up more licenses. But administrative rules or proposed legislation could take months to enact.

A year ago, commissioners at the Utah Department of Alcoholic Beverage Control were so opposed to permit holders selling licenses that they took the unprecedented — but unsuccessful — step of asking Gov. Gary Herbert to veto SB314. The bill also freed up a few restaurants licenses, but it didn’t take long for the supply to run dry. This month, 45 applicants have filed for a variety of liquor permits — but only one, a full-service license allowing all types of alcohol — is available.

If this situation becomes reality getting a liquor license of any kind would be like winning the lottery since they can turn around and sell it for a huge profit. All applicant will likely acquire a license just to profit from it's resale.

With 45 applicants and only 1 license, that shows that the demand in this state greatly outstrips the supply. I don't think that that will mean whomever gets the few permist moving forward would just turn around and sell them as most applicants have true intentions of using that golden license for themselves.

While this foolishness does have an economic impact, liquor is not one of the states primary economic drivers, and thus will not rise to the level that the Utah Legislative branch will budge from their current stance. Not as long as they continue to bow down to the ones in the large building just at the bottom of the hill.