You may have already had a chance to sample some of Epic's new Session Series of beers at some of your favorite watering holes by now, but what is out there is only the tip of the beer iceberg as far as Epic is concerned. These beers will not be released all at once and not all of them will be available in bottles. Some will be nitro conditioned and those will be available on special nitro taps. Here's their new 2016 Line up. 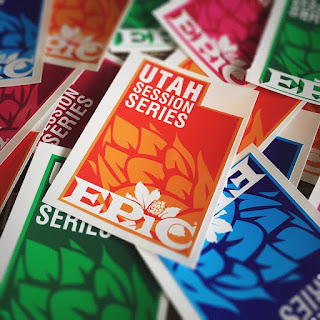 The Annex by Epic Brewing is your best bet for trying what's current right now.

Ok, can we be honest with ourselves here, or can Epic? These are just the Annex's beers, which were just Unsacred beers, under the national label; which is just the Annex BY EPIC. Can Epic provide any consistency to their product or branding? ...and can we stop kidding ourselves to think they are anything but? The beer isn't bad and some batches can be some of my favorites (that sour IPA!), but the circus surrounding them is getting a little ridiculous. If Epic just turns out to be a very committed troll on the hypocrisy of the DABC and Utah beer/culture, I won't be surprised.

I still like Wyld even though Four+ isn't a thing anymore. Just saying.

Epic is trying to find the best way to deal with the 4% bullshit. Getting mad about a couple rebrandings seems so weird.

Any word on when the bottles will hit grocery stores? Especially interested in the Sour IPA. I've had it on draft, but want it accessible in my fridge!

I don't consider much that Epic bottles to be comparable to Red Rock or Uinta. Maybe the Belgian IPA. Overrated and overpriced.