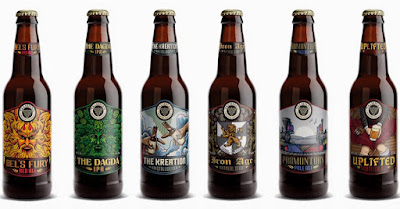 We have an update on the status of Ogden's Talisman Brewing Co. It looks like owners Dusty and Joann Williams are looking at a late January 2016 launch. The brew house is making it's way into the brewery and the fermenters are due sometime next week.

You'll notice their initial lineup above. They've decided to launch with two 4.0%  beers initially to have a greater reach. Both the Uplifted Scottish Ale and The Kreation Krystalweizen will be low point. Not sure if they'll add to those offerings down the road or not. Bel's Fury Red Ale - The Dagda IPA - Iron Age Oatmeal Stout and Promontory Pale Ale will be "high point" for now. 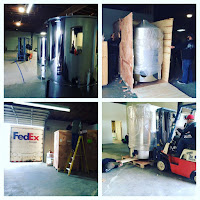 Talisman is currently working with Ogden City on the tap room. They'll be required to have a small restaurant in order to offer tastings - an educational permit is in the works as well. This will allow those who only want to taste samples while touring the brewery.

The tap room's opening date is still up in the air for now, due to "unique" design issues with the Ogden City. We'll keep you updated on their status as the opening draws near.