The Year of the Squasatch 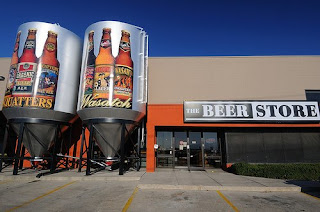 In the next few weeks your gunna be seeing some new stuff from Squatters. The return of soon to be classic and a new label from the Utah Brewers Co-op.

The first to be released will be Squatters Hell's Keep, a Belgian Golden Strong Ale. Hell's Keep was originally released earlier this year at Squatters brewpub, Jenny Talley had created this beer as a seasonal/limited release. It was such a hit that they decided to move the production over to the Utah Brewers Cooperative facility so they could take care of the massive bottling project. Hell's Keep is 7.75 ABV and will come in a 750 ML bottle.

Next comes the highly anticipated Hop Rising Double IPA. At 9% ABV this is a big beer with big IBU's, 85 to be exact. Thanks to copious amounts CTZ (Columbus, Tomahawk, Zeus) and Bravo hops. You may remember Hop Rising as a Pale Ale from Squatters Brewpub. The name was transferred over to the co-op to use for this 2IPA. The new Hop Rising should be out around the first week of August under the Squatters brand.

The Summer of the Beers just keeps-on-keep'n-on. Cheers!

Awesome. Hells Keep was indeed a very nice beer. The Hop Rising Double IPA though...how can I wait until August? I wonder what will be the distribution and amount sold of each. A lot I hope.

Hey Mickey,
Thanks for getting the news out on our new beers. We know Jenny's Hell's Keep is a very civilized and quaffable delight, but the Hop Rising Double IPA is going to hit you like a category 5 hurrican. Keep up the great work and we will try to keep you updated.
Greg Schirf
Utah Brewers Cooperative

It's CTZ hops. Sorry, I sent you the wrong abbreviation but I won't do you wrong with the Hop Rising. Thanks Mike!

Oh I'm excited about this. I've got a stash of empty Hell's Keep bottles as I couldn't get enough of that one. Now the Dbl IPA! I second Douglas, I can't wait.