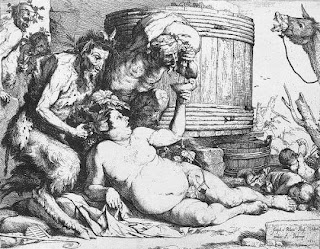 We had a good year as far as liquor reform goes. Earlier this year former Governor Huntsman abolished private clubs and the childish - ignorant curtain restrictions in restaurants went away as well.

Not bad, those were pretty big steps; especially for a ruling body who's idea of a good high is a Prozac cocktail with a Red Bull chaser. We got our pound of flesh from legislators, they recommend we take it and go home.

This is still Utah, the people in charge still want you to know that they are and that they're not going to back away from their position on what they feel is a necessary evil. "there's a fear that if there are more changes so soon, we would be retreating from our alcohol policy," said Rep. Greg Hughes, R-Draper, who sponsored the big changes in the last session.

Another big reason that reform will be stalled is Gov. Gary Herbert's first official run for Governor next year. Trust me, this man wants to keep his job and will make no ripples in Utah's political puddles.

Even a "no brainer" like lifting liquor license restrictions will not be discussed next session. Sen. John Valentine, R-Orem, said he fears that the limited number of licenses is evidence that the state may have gone too far in loosening restrictions last legislative session.

So if we're lucky and we've been good little boys and girls we'll see liquor reform return in 2012, just in time for the Earth to transform into Jello and for Jesus' triumphant return.

this is extremely sad news, makes sense though. I have a dream that one day we'll be able to sit down with a beer that has the correct proof. And it's sold at a grocery store.

Love the drawing Mikey. I need that on my wall.

(poor college student) o come on guys, we are lucky to have good beer! I mean what would I do at work and at school if I was not accompanied by a lovely hops rising, or a cute little Wassail? We are probably drinking better beer than our ancestors drank 5000 years ago!
Trevor