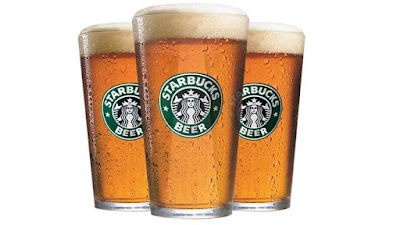 About a year and a half ago Starbucks announced that it was going to to start selling beer and wine at some of it's coffee shops around the U.S. Last Tuesday, one of our local Starbucks franchises was awarded a liquor license that allows them to do just that.

There are many Starbucks franchises in Utah, so this won't be a state wide thing. The franchisee that was awarded the license only has five locations - Farmington, Salt Lake, Holladay, Park City and Lehi. However since the owner of these coffee shops acquired a master license - if he chooses to expand he or she can add beer and wine to those new stores as well. Assuming they meet local codes.

Speaking of codes - These Starbuck will have to undergo some modifications before the beer and wine can flow. "Kitchens" or the states definition, will need to be installed to meet the state's food requirements. Other Requirements include - Only 30% of the sale can come from alcohol. This is doable because Starbucks will only be selling beer for a few hours in the evening. Customers will have to do that whole "intent to dine" bullshit. The beer and wine will have to be poured in the back or behind a Zion Curtain and No drive-through wine and beer!

Around the country most of the Starbucks that sell beer and wine, use locally made products in their shops. I hope these Utah stores follow suit.

I'll try it. Up here in "god's country" where I live, there aren't many beer options, so I'll check it out.
I'll keep an eye open for their first beer day.