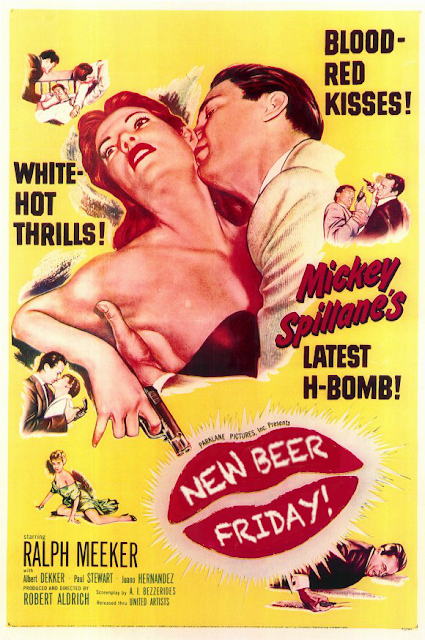 There are so many tasty option out there today, you'll never have time to work them in. I'm sure some of you will try.

Payette Apres Extra Pale Ale - Not tried this yet. It's described as having an orange/amber color with flavors or caramel malts and heavy piney hops. This beer is brewed exclusively for Snowbasin Ski Resort. 4.0% ABV @ Snowbasin

Shades of Pale Publican Pale Ale - Not had a chance to try this big boy version of Shades of Pale's Publican. It's got an ABV of 6% and is only available at SOP's bottle shop.

Hopworks Urban Brewery Non Stop Hef Hop - Not really new, but this beer are now available at select grocery and convenience stores, so I thought it was worth a mention. This basically a White IPA. It has a dank piney/citrusy nose with a taste that follows. some doughy wheat is present beneath the hops. Light, hoppy and refreshing. 3.8% ABV @ Beer Bar - Grocery

Hopworks Urban Brewery Totally Radler - Looks like a witbier, smells like lemon rind and tastes lemony - but not too tart. If you're into radlers, you'll like this. The lemon isn't too crazy.  3.1% ABV @Grocery

Boulevard Tell-Tale Tart - Not tried this one yet. It's described as having subtle acidity with a soft, biscuity malt character, suggesting, rather than announcing its tartness. Beginning with a bracing sharpness at first sip, the ale mellows on the palate to a smooth and faintly lingering finish. 6.2% ABV @ DABC

Boulevard The Calling - This billed as Boulevard's most heavily hopped beer ever, bursting forth with unmistakable tropical fruit and pine hop aromas and flavor supported with a slightly sweet malt character, tapering to a crisp, dry finish. 8.5% ABV @ DABC

Sierra Nevada Tropical IPA - Clear golden color with a nice full head. The nose is full of citrus, mango and oranges with a toasty biscuit backbone. The taste is appropriatly bitter with a little bit of mango more orange and a little bit of lemon. This is damn delicious. 6.7% ABV @ Beer Bar

Laughing Dog The Dogfather - Described as being  one of the biggest brews Laughing Dog makes. Weighing in at a hefty 11% percent, the Dogfather has 7 malts and 4 different hops giving it a complex flavor profile of roasted malts, bourbon and dark fruits. @ Slackwater

Be sure to join me today on the Freakshow with Mick and Allen on KBER 101 around 3:40pm as we dissect New Beer Friday's offerings further.

I had a new Oskar Blues this week too. A Vienna called Beerito. Maybe you already mentioned that in an earlier post but this one was quite good. On tap at Rye.

Yeah, wrote that one up a couple weeks ago, DJ. Thanks for having my back!

The boulevard beers are at 33rd south, bought both yesterday. I tried "the calling", it was good but expensive at almost $4/12 oz. Still looking for the Heretic beers @ DABC, none on east side have it. The Evil Cousin is outstanding, had it at beerhive