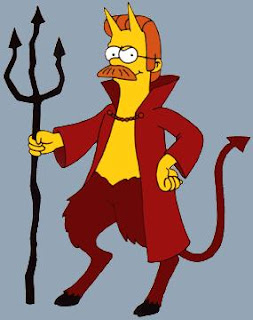 Mormonism teaches that a person is destined for one of six places depending on what he has done or what he has believed. These are: outer darkness (for Satan, his demons, and extremely wicked people) or one of three "kingdoms" known as the telestial, terrestrial or celestial kingdoms. Within the celestial kingdom are three levels.

Why are we talking about LDS mysticism? Well today my fellow craft beer lovers we're headed for "Outer Darkness" or should I say Outer Darkness is headed our way.

A few days ago Jennifer Talley announced on her blog that she and supermodel Jason Stock had decided it was about time to create Utah's first official Imperial Stout. A Russian Imperial Stout to be specific. They're calling it Outer Darkness. Hence the LDS lesson.

These are the kings of stouts. Inspired by brewers back in the 1800's to win over the Russian Czar, these stouts boast high abv's and plenty of malt character. Low to moderate levels of carbonation with huge roasted, chocolate and burnt malt flavors. Often dry. Suggestions of dark fruit and flavors of higher alcohols are quite evident. Hop character can vary from none, to balanced to aggressive.

Squatters Outer Darkness hit the kettle on October 29th and went into the fermenter at 27° Plato. Jenny & Jason were also inspired to use some molasses at the end of the boil so it should have great kick and body. Jenny expects their newest edition to be released the 2nd or 3rd week of December. Most definitely before Christmas day.
It will be in 22oz bombers for sale at the downtown pub, Park City pub and out the door sale at the downtown pub.

Needless to say, this is awesome! I can't wait to try this. Cool name, awesome style, made by brewers with mad skills= great beer.

I cannot wait for this. I am beyond excited.

Yep this is very cool. I'll be at the pub on release day. Hopefully this makes its way to the beer store at some point in the future.

Yay! Doctrinal discussions on Mikey's blog! Besides Lucifer and his angels who rejected God's plan in the preexistence, technically Outer Darkness is reserved only for those who have willingly rejected Jesus Christ after having been given direct witness from God of his saving divinity. Which means Hitler does not go to Outer Darkness, or even Glenn Beck or the controlling board of the college BCS--they all get a spot in the lowest level of Glory (Telestial), which is still a level of glory and is likened to being similar to a continuation of our present existence (except all of our genitalia have been removed. Only those in the highest kingdom get to keep theirs. Also, everyone in Glory is caucasian and blonde, just like God).
There has been some argument whether women are even capable of attaining the knowledge and ability necessary in this life to reject the Christ at the level necessary to be relegated to Outer Darkness. The men who go there are usually high-ranking priesthood holders gone astray, and are referred to as "Sons of Perdition." I've wondered if I could technically fall into this category or not...Okay, that's enough weird Mormon mysticism for the day.

This beer is going to rock. I saw Jenny on brewday. She was wearing a grim reaper robe and playing dark metal on the soundsystem while mashing and boiling in order to invoke further darkness upon this brew. Really. That lady is insane and we are all beneficiaries of her benign insanity.

See you all in Darkness. Or as Ken Dolls in Paradise.

Until I thought about moving here, I'd really never heard about Mormons...the more I know the less I understand.

Aah..Leave the Mormons alone. EVERY religion has werd shit in it people believe. Quality is all I care about, maybe some brewer's need to work on their beer more than the catchy little names they come up with. I hope this beer is excellent, it will surely be alcoholic. Why not call it Satan's Piss and just piss the Devil off... or would that make him happy?... Hmmm

^I don't know what you are talking about, I happen to know for a fact that the magic water at Lourdes heals the sick, that the Virgin Mary conceived via immaculate conception, that she visits cities all over the world from time to time, that exorcism is real, that Padre Pio had the stigmata, etc. Well...maybe you're right, but at least us Catholics can drink!

Jack Handy... That was without question the greatest post I've ever seen on the Internet. I laughed for about a full 5 minutes.

I wasn't aware of the no genitalia thing, but all I can say is wow, let's hope the Mormons turn out to be wrong on that one. What good is an eternal afterlife with no package?

Anyway, any details about the release, like will these be 22oz bomber bottles or something else, will they be for sale at the UBC store or state stores or only straight from the pub, etc? It would be awesome if this became a regular release or at least a yearly thing. I know none of us have tasted it yet but I have no doubts that it will be fantastic.

Hey Josh, the answer to both of your questions Is in the final sentence of the post. Your blonde roots are showing! :)

Andy, will Telestial Jebus be pissed if I show up without my junk? My wife already owns my genitalia. She bearley let's me barrow it as it is....

(poor college student) if this is not available in outer darkness I will live a good life to go the celestial kingdon, at least there they probably have good real ales on tap!!!

The Outer Darkness concept doesn't only apply to Mormons as far as Christianity goes...

Just drank this and its awesome! One of the better RISs I have had.