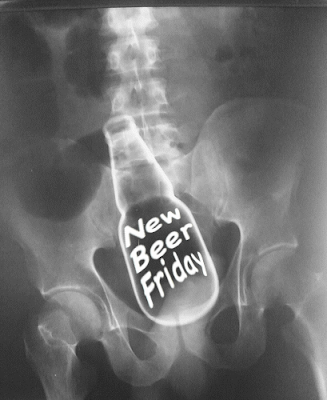 Not only is it New Beer Friday, but it's also Utah Beer Fest weekend. There will be a ton of breweries and a shload of beers pouring at the state fairgrounds. Follow the links to get an idea of what to expect. Here's all of the other info you may need. Hope to see you there!

Full Sail Session - Watermelon Wheat: Pretty much as advertised. The nose has watermelon and the taste is subtle watermelon flavor with wheat. You already know if this is your thing or not. Proceed accordingly. 5.4% ABV @ DABC

Anchor - Coffee Porter: This beer is brand new practically everywhere and not many have had it yet, including me. Look for nice coffee notes that don't overwhelm the base porter. 6.7% ABV @ DABC

Kona - Lemongrass Luau: A lot of ginger in the nose with some hops. The taste is big with herbal, ginger, lemon peel, and grass. The lemongrass is most prominent in the end. The ginger is just too strong for me, but I'm not a huge ginger root guy. If your a fan? you'll probably love this light and crisp ale. 5.0% ABV

Ninkasi - Oktoberfest: This seems to be a new incarnation of their Festbier that hit this time last year. This version is heavily bitter for marzen (though they don't cal it that). Picking out the malts is a bit difficult which should be easy because this should be more malt driven. It does indicate that it is dry-hopped. It's not a bad beer but if you're looking for a tradition Oktoberfest Lager this may leave you wanting. 5.9% ABV @ Beer Bar

Wasatch - Nitro Pumpkin: Though it's technically not a new beer, it's nitrogen conditioning takes this beer into other dimensions. The pie spices are prominent and the bitterness is low. It's kinda cool to try this beer side-by-side with it's CO2 brother to see how different the same beer can taste with different gasses.  Which do you like better? 4.0% ABV @ Grocery, C-stores, Bayou

Don't forget to tune in to New Beer Friday on KBER 101 this afternoon at 3:30 as Mick, Allen and myself discuss these beers and other Utah beer related stuff.

Had the Lemongrass in Idaho, It tasted like a much stronger ginger version of Straptank's Eastside Ride