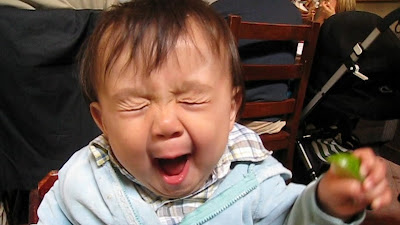 If you wanna get your pucker on, this is looking to be the perfect week to punch-up those duck lips. We've got three tart and sour beers from three different breweries - all are quite different, so let's break out those antacids, smack our cheeks and get on with it.

First off - we have the return of Squatters' beloved Fifth Element Wild Saison. This is the sixth vintage of Utah's first wild sour. It's described as being a little more tart than previous vintages, while keeping it's saison like qualities. It will be available starting tomorrow morning (3/10/16) at Squatters Downtown - Utah Brewers Cooperative - Wasatch Sugar House and Wasatch Park City. Four bottle limit please. $14.99

Uinta Brewing is releasing their 23rd Birthday Suit (release no. 5) this Saturday (3/12/16) starting at 11am. This year's Birthday suit is a sour raspberry ale. Look for mostly tart beer with very little sweetness. There will also be a special birthday beer dinner that same evening starting at 6pm - designed around this new release among other beers in Uinta's Portfolio. Info for this event is here.

The final sour comes to us from the newly opened Proper Brewing Company in Salt Lake City. Billed as Utah's "first gose' Proper's Lake Effect (formerly Gose the Gozerian) is lemony and briny with a bit of coriander for spice. This is the first time this beer has been packaged and it will also be available beginning on Saturday 12th. You'll find this in 22oz. bottles. Note: Proper is in the midst of a private soft opening. Saturday is the official opening.

Proper Brewing is in the 9th and Main area, is that right? I love their Gose and think I need to get my neighbor a bottle or two...

Also confused about this, could we get an address Mikey?

Holly- We're located at 857 S Main Street! You'll be able to pick up some bottles for you and your neighbor this Saturday starting at 11am!