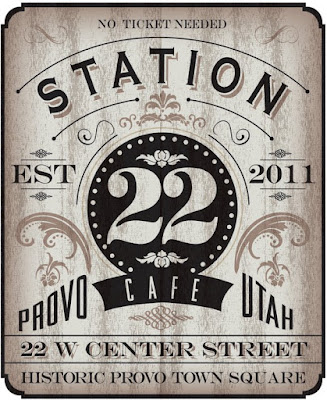 We first became aware Maple Mountain Brewing Company back in 2014. The news of a brewery in the ultra-conservative heart of Utah County was just too much joy for happy beer geeks to handle. Apparently it was also too much for some city officials to handle, as some city leaders kept the realities of a Provo brewery just out of reach.

After years of seeking zoning changes and investors Brewers, Andrew Fullmer and Scott Brady had the fortune to cross paths with Richard Gregory from Station 22 Cafe, located on Center Street in Downtown Provo. After listening to their vision, Gregory decided to come on board and invest in Maple Mountain, hoping that together they could make the dream of craft beer in Provo a reality.

Right now things are still taking shape, but Gregory says that they're taking the fight to Provo City and that they feel pretty positive that they will be supportive. "At Provo Town Square, we host some of the most successful business in downtown, as well as having extensive relationships with other progressive business owners." Gregory adds, "If needed, we'll be able to rally massive business community support for this venture and individuals in the community won't be far behind".

As this project progresses we'll keep you updated.

Their jalapeño blonde ale is fantastic! It will be well worth the trip to drink that one when their doors are finally opened!

What's the latest on these guys? Did they get all the licenses and approvals they need?

@Ash - Simply, no. That's why they're partnering with Station 22. They seem to have the money and a working knowledge of the Provo political machine.