The Peak Series of Beers from Park City Brewing 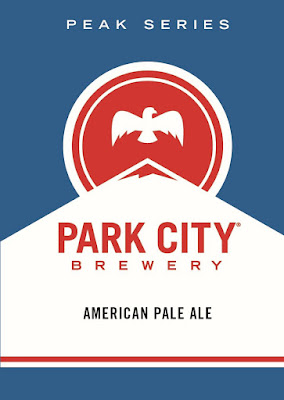 The Park City Brewery will soon be adding a line of high gravity beers to their portfolio of beers. It was exactly one year ago today that the Summit County brewery opened it's taproom's doors to the public to start selling their mountain made suds.

Well, we have finally made it to the final round in the Utah Beer Challenge. After sixty-four beer beer it all comes down to two -. RedRock's Elephino Double IPA and Epic's Big Bad Baptist Barrel-Aged Imperial Stout. The voting for the finals will end on Sunday morning and I'll announce the winner on Monday morning.

Taste and appearance wise, these two beers are night and day. Where your tongue resides of the flavor scale will likely impact your vote greatly. I know I'll definitely be drinking each of these beers at some point over the next two days. I encourage you to do the same. Good luck to both!

Images found at Shipcomplient.com
Posted by Mikey at 4:02 AM

This is a very cruel final match-up. I know we did it to ourselves, but still.

Now I am inexplicably quite thirsty...