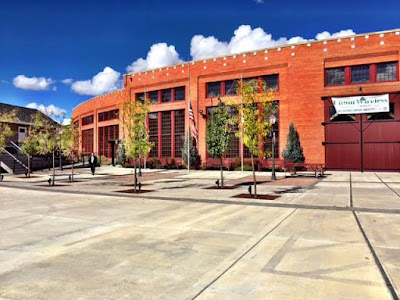 If there's one thing you can count on here at the Utah Beer Blog, its that we only get into the suds that apply to Utahans. Let's face it we have our own unique issues and joys - when I say, "the problem with this beer is its 4.1%". You know what the problem is, some random guy from Tuskegee wont.


So, after all that well thought out, massaging of my ego - I'm going to piss all over that first paragraph by talking about Wyoming's Wind River Brewing Company. 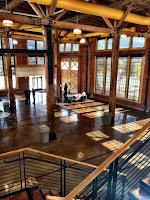 Headquartered in Pinedale, Wyoming  - Wind River has built a reputation on making superior hand crafted beers for the last ten years. Recently the owners of Wind River looked to expand the brewery's operations in their home base of Pinedale, but the brewery could not come to terms with the mayor over zoning. So, they decided to look elsewhere.

[here's the part that will interest Utah beer lovers]
After being courted by many cities within Wyoming, Wind River has decided to open their new brewing facility at the historic Roundhouse building in Evanston, Wy. Built in the early 1900s, the Roundhouse was originally owned by Union Pacific Railroad and was designed to be a repair facility for locomotive cars and engines. It will soon be transformed into a grand brewery that likely become the jewel of the Evanston.

Over to the column on the right side of this page, I provided a list of all the Utah breweries [operating, contracting and pending]. Due to it's proximity to the Wasatch Front and Back, I extended an "honorary Utah brewery status" to Evanston's Suds Brothers Brewery. Hell, it's only 70 minutes from my casa - I'd like to do the same for Wind River"s Roundhouse Brewery when it opens.

The remodel for the Roundhouse is expected to begin this summer. Who knows, maybe we'll see some of Wind River's beers in Utah soon.